Dr. Ben Carson, a popular Tea Party activist and Fox News contributor who says he will likely seek the Republican nomination for president in 2016, said on Sunday that he is seriously concerned that there will not be 2016 elections in the United States because the country could be in anarchy by that point. His reasons: the growing national debt, ISIS, and the U.S. Senate’s refusal to consider legislation passed by the GOP-controlled House of Representatives.

Host Chris Wallace noted that in light of his potential presidential campaign, Carson’s previous comments were now under a greater spotlight. He noted Carson’s August comment that if the Republicans don’t win a majority in the Senate this year, the 2016 elections might not even be held and asked the retired neurosurgeon if he stood by it:
WALLACE: You said recently that there might not even be elections in 2016 because of widespread anarchy. Do you really believe that?
CARSON: I hope that that’s not going to be the case. But certainly there’s the potential because you have to recognize that we have a rapidly increasing national debt, a very unstable financial foundation, and you have all these things going on like the ISIS crisis that could very rapidly change things that are going on in our nation. And unless we begin to deal with these things in a comprehensive way and in a logical way there is no telling what could happen in just a couple of years.
Carson then noted that Senate Majority Leader Harry Reid (D-NV) has “over three hundred bills sitting on his desk” that he won’t bring to the floor for a vote, “thereby thwarting the will of the people.” He made no mention of the Republican House’s refusal to consider popular Senate-passed bipartisan measures like comprehensive immigration reform and the Employment Non-Discrimination Act.
Carson finished a close second Saturday in a straw poll at the 2014 Values Voters Summit for 2016 presidential preferences.
Despite Carson’s fears, the United States has held presidential elections every four years since 1788, despite a civil war, two world wars, and a great depression. Carson has been no stranger to controversial comments since he became active in politics. In March of 2013, he compared same-sex marriage to bestiality and NAMBLA. That October, he decried the Affordable Care Act as “the worst thing that has happened in this nation since slavery,” adding that the law “is slavery, in a way.” And earlier this month, Carson defended former Baltimore Raven Ray Rice, saying people should stop “demonizing” him and suggesting that his wife also shared some of the blame for being attacked, opining that “they both need some help.”
Top

It's from Think Progress, so take it with a grain of salt. Their agenda will be to make Carson look crazy. A tactic of the Left.
Top

I actually enjoyed this interview with Dr. Carson. I think he is very intelligent and insightful. I believe Dr. Carson is a true patriot, very knowledgeable of the Constitution and the Founding Fathers. His manner of speaking is too soft for me but what he said I agree with.

I too can see something happening during the 2016 campaign season that will give Obama an excuse to claim (can't for the life of me call it service) a third term. I know that many believed the same about President Clinton and President Bush, but this seems different. With our problems with certain Islamic groups, Russia, China, and Mexico, our open borders, our weak economy, our vulnerable infrastructure, our terrible employment situation, our increasing disbelief in God, our massive corruption both morally, socially, and politically, our ever dependence on technology, and the spread of diseases like Ebola, we are ripe for widespread destruction.
Top

I'm no constitutional expert, but can there be an election while the nation is under Martial Law?
Top

This has been brought up prior to every presidential election as far back as I can remember. I certainly remember dire warnings that Bill Clinton was going to declare himself dictator and do away with elections.

That said, this time it might happen, if half of the "2015.75" predictions happen.
Based on the GAS prophecy, I'd say if 2015.75 happens, then the 2016 election will happen and it will be the election about which the GAS prophecy is referring.
Top

Pardon my lack of familiarity with the last-days-people's parlance. What do you mean by 2015.75?
Top

globule wrote:Pardon my lack of familiarity with the last-days-people's parlance. What do you mean by 2015.75?

It's the third quarter of 2015 -- Sept/October or thereabouts. Some people feel that this is when many last days events will start happening in earnest. Most particularly financial meltdown, if I understand their thinking correctly.

Also, GAS = George Albert Smith. There are discussions here on LDSFF about that prophecy. Do a search, if you would like more info about it. It's been discussed extensively!!!!
Top

This timing is about right in my opinion. Meltdown in 2015 with O declaring ML. Instead of an election we get a dictator, they take our guns and we are in the 42 months.
Last edited by friendsofthe on October 7th, 2014, 1:34 pm, edited 1 time in total.
Top

Time to resurrect this prophecy again:

Received in 1972, interpreted here in 1999, but has indicate that the 12th house (president) would be the last before the America was judged.
Top

Received in 1972, interpreted here in 1999, but has indicate that the 12th house (president) would be the last before the America was judged.

Interesting, pretty much the conclusion I have come to in my research. I believe O will lead us into the 42 months and at the conclusion America will be judged and we shall return to AOA and the second coming.
Top

Whoa...that link has more trackers that the NSA website.....Never seen Ghostery block so many things (34).....
Top 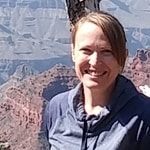 Liberian state radio announced that Senate elections scheduled for next week would be postponed. No new date was given.

If it happened in Liberia, how can we avoid it?
Top

Oleo75 wrote:Whoa...that link has more trackers that the NSA website.....Never seen Ghostery block so many things (34).....

Off-topic: you should try Engadget ;)
Cnn is also very 'good' at tracking.
Top

I do hope everyone reads the linked article.

The money quote: "Despite Carson’s fears, the United States has held presidential elections every four years since 1788, despite a civil war, two world wars, and a great depression."
Top

Jared E wrote:I'm no constitutional expert, but can there be an election while the nation is under Martial Law?

Well, there would be no need for an election, since the military would be in charge of everything. But they could order an election held. If they were trying to prove how nice they were or something.
Top

If the next election is suspended, you can be 100% certain it was planned that way regardless of the excuse. Ebola sure would be a convenient one.
Top

SamFisher wrote:If the next election is suspended, you can be 100% certain it was planned that way regardless of the excuse. Ebola sure would be a convenient one.

It might be convenient but it sure doesn't make any sense.
Top
Post Reply
19 posts • Page 1 of 1