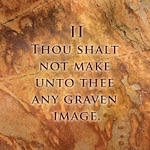 "Isaiah reveals the curse that the prophet Malachi speaks about (Malachi 2) is caused by transgressing the laws, changing ordinances, and breaking the everlasting covenant:

Consequences of Breaking the Monogamous Covenant

Let us take a close look at one of the greatest mysteries of the gospel, which has been hidden in plain sight for about 6,000 years in ancient scripture and is reiterated in verses 15-17 of Section 49: . . . whoso forbiddeth to marry is not ordained of God, for marriage is ordained of God . . .743 Obviously this verse is not only reiterating what the creation story teaches, it is also reiterating what the law of the gospel contained in Section 42 states about marriage: Thou shalt love thy wife with all thy heart, and shalt cleave unto her and none else744 After declaring that marriage is ordained of God, the Lord informs us that: Wherefore it is lawful that he should have one wife . . . (D&C 42:16) The 1828 Webster’s dictionary states this about the term “lawful”:

LAW’FUL, a.1. Agreeable to law; conformable to law; allowed by law; legal; legitimate. That is deemed lawful which no law forbids, but many things are lawful which are not expedient.2. Constituted by law; rightful; as the lawful owner of lands. I would submit, based on the fact that marriage is ordained of God and that it is conformable to and constituted by gospel law, that gospel law does not just allow, permit, and tolerate marriage but rather that gospel law actually requires marriage.745

This is further backed up by the fact that one of the very first commandments that God gives us in Genesis is for the man and woman to leave their parents and to multiply and replenish the earth by uniting with someone of the opposite gender. After noting that gospel law requires being married to one wife, the passage in Section 49 continues: . . . and they twain shall be one flesh. . . (D&C 49:16) Again, this, of course, is reiterating what God said in Genesis: Therefore shall a man leave his father and his mother, and shall cleave unto his wife: and they shall be one flesh.746 I believe this statement is literal when it commands the man and wife to become one flesh.747 After God separated the female part of Adam out of his body to create his female helpmate, he commanded them to eventually become “one flesh” again. I believe this will happen with Adam and Eve if it has not already happened to them.There is a deeper reason why monogamy is such a huge issue that is interrelated to the curse that Malachi and Isaiah prophesy about. This grand secret is contained in the next verse of Section 49: . . . and they shall be one flesh, and all this that the earth might answer the end of its creation; and that it might be filled with the measure of man. . . 748 Did you catch that? Eventually the earth will be filled with the MEASURE of man! What is the measure of man?

Let us consult Webster: MEASURE, n. mezh’ur.1. The whole extent or dimensions of a thing, including length, breadth and thickness.

The point being made in the passage of scripture is that eventually the earth will be filled with the whole extent of man in his completeness! The natural man living on this earth is currently incomplete! The mortal man and woman are each incomplete beings. Eventually the earth will be filled with men in their complete form . . . in their “whole extent or dimension!” Just to make sure that we understand what the Lord is saying, he continues with a clarification: . . . that it might be filled with the measure of man according to his creation before the world was made. (D&C 49:17)

Additionally, we are informed that those who receive the spiritual rebirth through baptism and “put on Christ” lose their singular gender:
For as many of you as have been baptized into Christ have put on Christ. There is neither Jew nor Greek, there is neither bond nor free, there is neither male nor female: for ye are all one in Christ Jesus. 750
It would appear that in the spiritual creation, before this world was made, God created man as a whole, complete composite being, containing both male and female spirit. A meshing of male and female spirit is necessary for completion. Completion is necessary for perfection. It is only during this temporal probation that the elect male and female spirits are separated with the commandment for men to marry one wife and become one flesh so that they can return to the whole extent in which they were originally created. It is the transgressing of God’s laws, the changing of the ordinances and the breaking of the everlasting covenant which includes the marital monogamy covenant that causes the earth to be defiled! Transgressing the laws, changing ordinances, and breaking the everlasting covenant involves many things. Among them is sexual immorality and the defiling of the monogamous marital covenant.

The Curse Upon the Earth Is Already Going Forth

There is strong reason to believe that, since four generations have expired since the Saints rejected the fulness and the intercessory offering took place, this cursing upon the earth spoken of by Malachi and Isaiah is already going forth. Before long, everyone shall see it! There have been several fascinating YouTube video’s addressing the topic of bio-engineering that is being attempted to delay the effects of the curse that appears to be going forth upon the earth right now. Interestingly, many of them are taken down shortly after they are put up Interestingly, one of the first things the servants will do when they get back is to go forth to the notable cities and villages, reproaching the world for their ungodly deeds. At this time they will set “forth clearly and understandingly the desolation of abomination in the last days.” They will explain why the curse mentioned in Isaiah and Malachi and other prophecies is going forth and they will condemn all of the various transgressions. This will include failure to live consecration and sexual immorality that violates the law of monogamous marriage and destroys the purpose for which the earth was created!"
___________________________________________
Referenced Footnotes:
742 Isaiah 24:1-6
743 D&C 49:15
744 D&C 42:22
745 Admittedly, there are provisions made for those who are not able to comply in the first part of probation.
746 Genesis 2:24
747 See also Matthew 19: 5-6, Mark 10: 8
748 D&C 49:16-17
749 Which was the same way Adam and Eve were created physically as a composite man from the dust and introduced into the garden.
750 Galatians 3:28
_________________________________________

It's no wonder that the family is so important. And the marriage union of the father and mother are so critical to it. And it is no surprise that Satan has worked so hard to destroy it. So much immorality and infidelity today! Every form of sexual perversions that mock God's true order of the marriage union. Every form of sexual immorality in some way breaks that sacred covenant which governs those procreative powers.

I felt inspired to read the Genesis account this evening of Noah's flood. All flesh had become corrupted. Even the animal life needed to be destroyed. And we know that today we are again living as in the days of Noah.
Top

I'm ready for monogamy. I'm a believer in it. For my polygamous associates, I hope you find what you're looking for and I don't wish you harm or ill will.


You reference Malachi. I've read Christian commentary that Malachi is a call to repentance, about a need to return to proper form and that returning marriage to monogamy and calling out infidelity was part of that book's message. But Christianity is apostate and Mormons know everything so take that for what it's worth.


wrote: Malachi calls for faithfulness between husbands and wives because, as Jews, they all had one father, namely Yahweh; because marriage is rooted in the covenant between the husband and wife and because Yahweh intended for a man and his wife to be one flesh ('ehádh 'ásáh ûshe'ár rûah) for the benefit of a godly offspring (mebhaqqésh zera ' 'ëlóhîm). Thus and as a conclusion, if a man and woman form a unity in their marital relationship that is established in creation itself, 'this unity and consequently the marriage covenant is not to be dissolved either by taking another woman in addition to the first one or by divorce' (Zehnder 2003:259). For Malachi, marriage with foreign women, infidelity and divorce were, above all, violations of the fundamental covenant relationship of the Judean community.

wrote: The text (Malachi 2:10) does not in any way advocate the practice of polygamy but endorse the monogamous ideal for actual marital relationship and practice. This has been God's order or plan for every Christian marriage.

wrote:About 500 years before Malachi, Solomon married multiple wives, outside of Israel, in order to ratify treaties with pagan nations (see 1Kings 10:23-25; 11:1-6).
Although it was a common practice in the ancient Near East, multiple wives were forbidden by God and Solomon's sin resulted in his heart being turned away from God, causing him to abandon his loyalty to God by worshiping other gods. 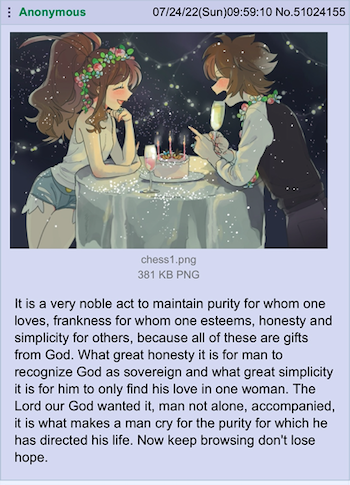 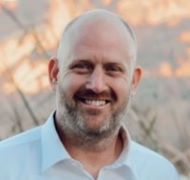 This is a different angle off of the above scripture, but the "neither male nor female" catches my attention. I've long suspected that there is no such thing as a male intelligence or a female intelligence. There is simply intelligence, one above the other like the Pearl of Great Price says. This would mean that gender was definitely not pre-mortal like the Proclamation on the Family claims.
Top
Post Reply
5 posts • Page 1 of 1