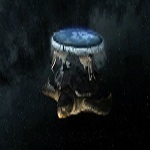 In response to a FOIA request filed by TheBlaze, HHS revealed that it purchased advertising from major news networks including ABC, CBS, and NBC, as well as cable TV news stations Fox News, CNN, and MSNBC, legacy media publications including the New York Post, the Los Angeles Times, and the Washington Post, digital media companies like BuzzFeed News and Newsmax, and hundreds of local newspapers and TV stations. These outlets were collectively responsible for publishing countless articles and video segments regarding the vaccine that were nearly uniformly positive about the vaccine in terms of both its efficacy and safety.

If you want to know who Emerald Robinson is, here is one of her greatest hits.

'You can buy anything in this world for money.'
Top

Buzzfeed is a fake substitute for indy media. If we had proper indy media again there would be too many to bribe.
Top 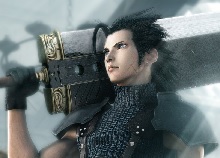 That one's easy: Newsmax and Fox are controlled opposition. They are a second layer of the Matrix so that those who know something is wrong with the mainstream narrative can feel as though they've woken up, when they may not yet even be asking the right questions.
Top
Post Reply
4 posts • Page 1 of 1